Runco, know for producing high-end home theater gear has announced that they have started shipping the first ever projectors to pass THX certification. 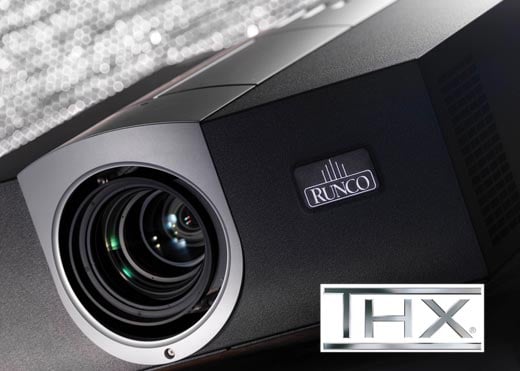 The Runco VX (Video Extreme) series of DLP front projectors come in a number of models designed to handle a variety of different installation needs, but all require a sizeable investment:

All of the VX projectors come with Runco’s DHD controller, which now offers HDMI input capability. The higher end models feature interchangeable lenses and all models can be upgraded with Runco’s CineWide technology allow for full 2:35 to 1 CinemaScope movies to be shown in their original format without black bars.

The THX Certified Display program evaluates the quality of display color, luminence, contrast, uniformity, resolution, video processing quality among other tests. Only displays which pass these rigorous tests are awarded the THX badge. Now if only I could afford one.