Robotic technology has been used for the betterment of mankind once more. This time, we’ve got a pair of robots spinning some tunes and scratching some records. 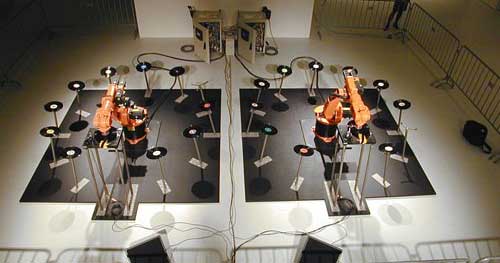 These two Kuka industrial robots have been programmed to maneuver through a series of LPs, grab them one at a time, then place them on a turntable for playback. Then, the automatons gently move the records back and forth under the needle to create what some might call music. 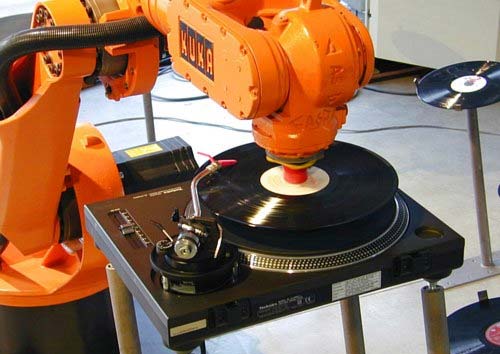 Personally, I think it all sounds a bit like a cat stuck in a blender, but you’ll have to be the judge of that. Maybe they can get together with Toyota’s trumpet playing robot and make beautiful music together.