LCD sets just keep getting better and better these days. LG upped the ante today by showing off a new 47-inch screen loaded with features that could put LCD ahead of plasma in picture quality once and for all. 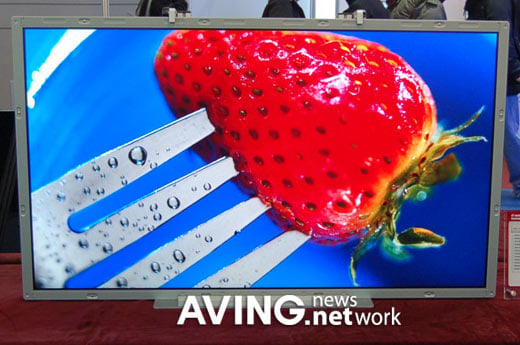 The new display features LED backlighting with what’s being called “local dimming”. This allows the display to dynamically adjust the brightness of the LED backlights in sections, to produce much higher than normal contrast ratios. According to LG, the contrast ratio could be as high as 1,000,000 to 1. The set also features full 1080p native resolution and a super-wide color gamut of 105%.

While the display is still a prototype, I wouldn’t be surprised to see some of these features in retail sets within the next 12 to 18 months.