Eb Games Charging More Than Retail for Some Used Games

Every time I’ve ever sold a used game to EB Games, I usually get about 20% to 30% of the retail price for it, then it shows up in the store for 80% to 90% of the retail price, which gives them a pretty decent profit margin already. Now, here’s a case where they’re charging MORE than retail for used copies of those Burger King games for the Xbox 360. 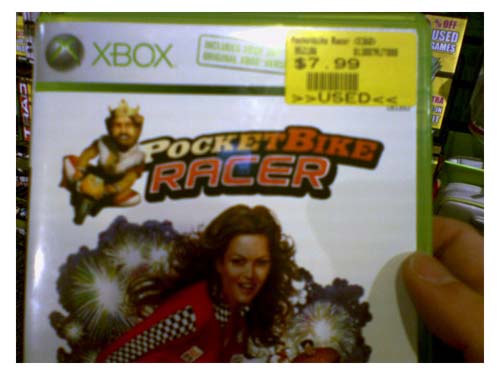 These games were retailing for $3.99 when they came out back in November, and are now on clearance for just 99 cents each. Apparently EB Games thinks that a used copy is worth $7.99. I’ve seen these kind of problems with free pack-in games as well. Now I understand they need to make money, but maybe they just shouldn’t even bother trying to resell games that cost less than $10 new.

[via Digg via Destructoid]