Kyocera’s new W51K takes on the mobile phone market with the philosophy that “more is better.” As a matter of fact, it’s almost like the phone is an afterthought. 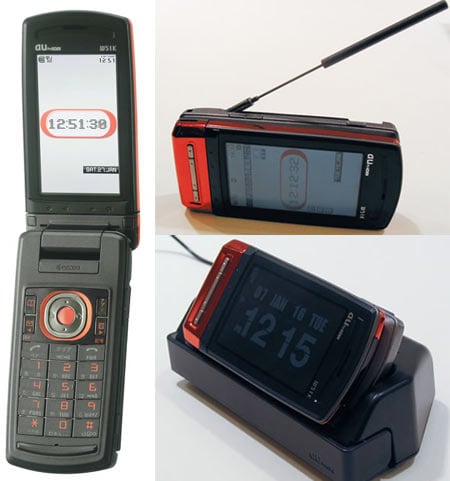 The W51K crams in a plethora of multimedia functions including an MP3 player, video player, FM tuner, 2MP digital camera and even a TV tuner with an EPG program guide. It features a large 2.7″ LCD screen for video and television, as well as a tiny monochrome external display for date, time and caller ID features. To round things out, the phone’s docking station even features built-in amplified subwoofer. The W51K comes in three colors: orange, blue and silver.

Kyocera is only planning to release the phone in Japan at this point, but you can always import one if you’re into this kind of feature overkill.