If you’re into video games and technically inclined, you might want to check out this kit that helps you learn how to build your own video games. 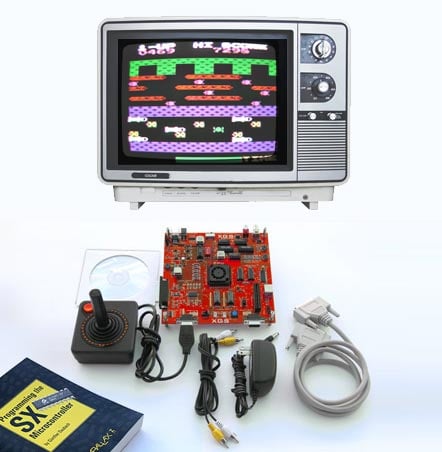 The $199.95 XGameStation Micro Edition isn’t particularly “next-gen,” but it lets you build your own games similar to those found on the old Atari 400/800 and Commodore 64 computers. The DIY kit comes complete with a fully assembled logic board, power supply, old school joystick and books on designing and programming video game consoles. In addition, it comes with XGS game development software that you can run on your Windows PC, along with a cable for moving your creations to the console.

The system features an 80MHz CPU and 128MB of RAM with raster graphics and sound chips inspired by the classic consoles and computers of the 80’s.