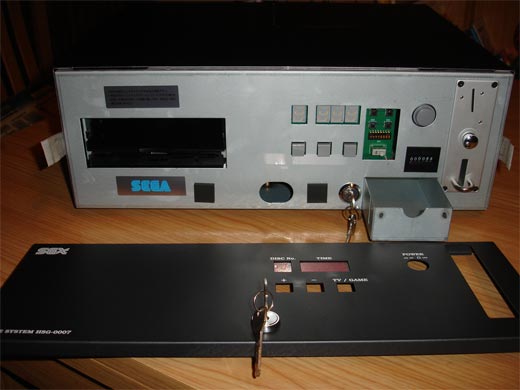 Made back in the late 90’s by a company called SunSeibu, The SGX is basically a modified SEGA Saturn mounted in a heavy-duty metal enclosure with a coin-op mechanism. It also has a special seven-CD changer for easy switching between multiple games.

The box has standard video and audio and controller ports so you can hook it up to any monitor and play. This particular SGX was never used, and comes in its original packaging and with all original accessories, including 2 controllers and a copy of Virtua Fighter 2. Bidding is already up to $710, which is about 70x what a used Saturn is selling for on eBay, so this one is just for the hardcore SEGA collectors out there.