I know this might seem a bit dated, but I just found this and thought it was too funny to ignore. This t-shirt speaks for itself, simply stating “This is how I roll.” alongside a graphic of the funky Japanese games’ protagonist pushing a big old Katamari. 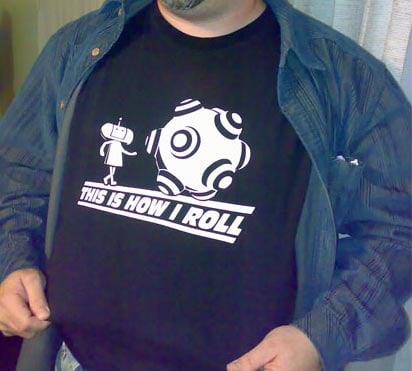 There’s some controversy over where you can pick one of these up, though. The official Katamari T-shirt shop over at Panic Goods doesn’t appear to sell them in their shop, but I managed to find what appears to be the real deal from the Staccato Comic website (Caveat Emptor and all that…)