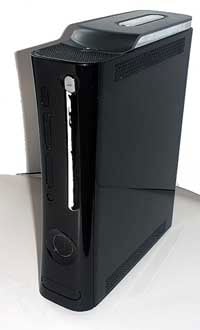 According to a user over in the Cheap Ass Gamer forums, a SKU popped up in Game Crazy store’s point-of-sale system for a new Xbox 360 model, listed as follows:

If this is true, it would put an end to the rampant rumors of the impending new model. There’s no word at this point if it includes any other new rumored features such as HDMI or a built-in HD DVD drive, but based on that pricepoint, I’d guess it’s just the bigger hard drive and maybe the HDMI port at most. With this information out on the street, I’m sure it’s only a matter of time before Microsoft fills in the details.

(Photo shown is from an Xbox Black Case mod, not from the rumored Microsoft model.)