This Car Protected by Half a Million Volts of Electricity

This theft prevention device is sure to scare off even the most hardened criminal. The custom-built Tesla coil emits a massive purple electrical field around the owners car, making thieves think twice before even looking at this car. 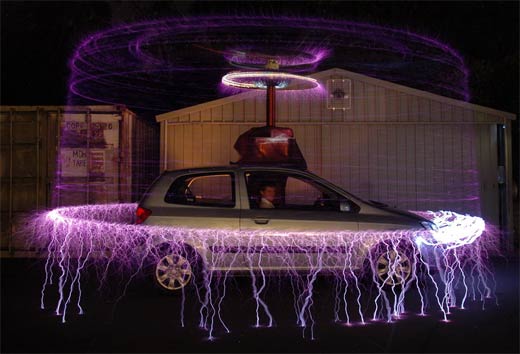 Named after Tolkien’s Eye of Sauron, the theft deterrent device generates hundreds of thousands of volts of electricity to create an amazing and ominous light show. The Australian builder of this project achieved this incredible effect by rotating an aluminum conductor rod around the orbit of the coil, then capturing it with a time lapse photograph.

Now if only there were a way to make this thing portable, they’d sell millions.