Lebedev Tells the Time in Words

Russian industrial designer, Art Lebedev has introduced his latest creation, a clock that displays time using words rather than numbers or hands. 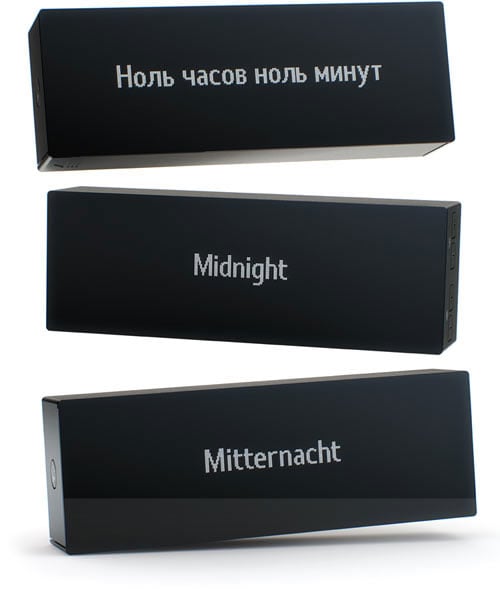 Lebedev’s Verbarius clock spells out the time using phrases like “fifteen minutes to five.” The clock is multi-lingual and can tell time in Russian, English, German, Spanish or French and is being offered at an preorder price of $158.25, with an expected release date of November 2007.