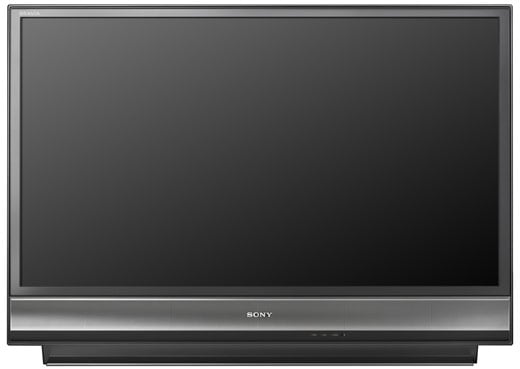 The new LCD rear projection micro-displays are the 46-inch KDF-46E3000 and 50-inch KDF-50E3000. They feature a svelte new profile, measuring in at just 12.6 inches deep for the 50-inch model, and 11.9 inches deep for the 46-inch model. Similarly sized LCD and plasma flat-panel displays are around 5 to 6 inches deep without a stand, and around 11 to 13 inches deep with a stand, so these sets take up just about the same amount of space as flat panels if you’re not planning on hanging your display on a wall.

The displays both feature full 1920 x 1080 resolution with full 1080p inputs via HDMI. They support both 1080/60p and 24p frame rates for optimal playback of both high definition broadcasts and film content. The sets also include Sony’s advanced iris control for optimal contrast performance. Both models are compatible with Sony’s new $300 BRAVIA Internet Video Link module, which provides access to IP-based programming via an Ethernet connection.

Both sets are expected to be released this July. Pricing should be available a little closer to the release date.