A while back I wrote about a deconstructed LED clock which breaks out the digits of the current time into four individual LED blocks. This new clock takes the idea in the opposite direction, by displaying all four digits on a single LED digit. 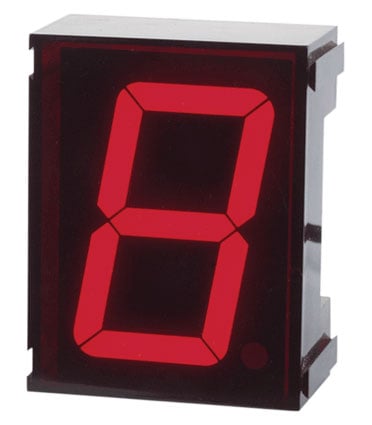 The Single Digit Clock Kit consists of a single 7-segment LED which displays the time as a sequence of numbers, one at a time. The finished clock measures 2.9