In addition to Sony’s announcement of their new PlayStation Home Virtual Community for the PS3, they also showed off this cool new title called LittleBigPlanet. 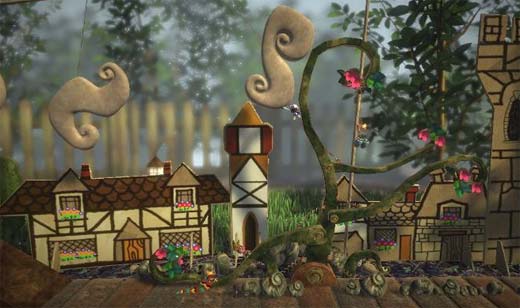 The game is designed to be a co-op platformer, where individuals can design their own physics-driven platform levels, then run through them with friends. The game was shown running in real-time on what appeared to be PS3 hardware, and the graphics look truly wonderful in action. The game features some amazingly deep physics (think Half Life 2) and a robust, but easy to use level editor. This is just the kind of quirky, unique game that we’ve been hoping that Sony would reveal for their much-maligned console.