Don’t Mess With This Killer Robot

An Isreali defense manufacturer today revealed their new portable robot that’s capable of going into dangerous war zones and taking down enemies on its own (with the aid of a wireless remote control and built-in video camera). The VIPeR robot has an a full arsenal of weaponry on board, including an automatic pistol and grenade planting capabilities. 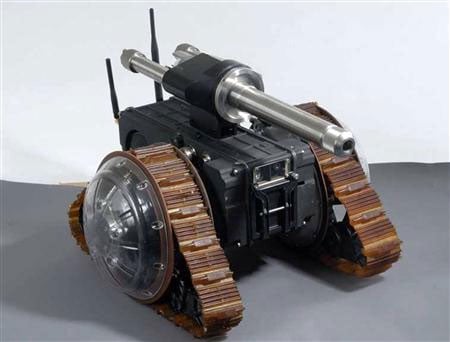 The robot’s maker, Elbit Systems, Ltd., claims that the rugged, dual-treaded robot can climb stairs and challenging surfaces like rubble without a problem. In addition to its fighting duties, the robot can be used for bomb detection and disposal.

I certainly wouldn’t want to run into one of these in a dark alley.