LED Candles React to Wind Just Like the Real Deal

These minimal LED lights are designed to act like a real candle by flickering in the wind, and automatically turning off when you blow on them. 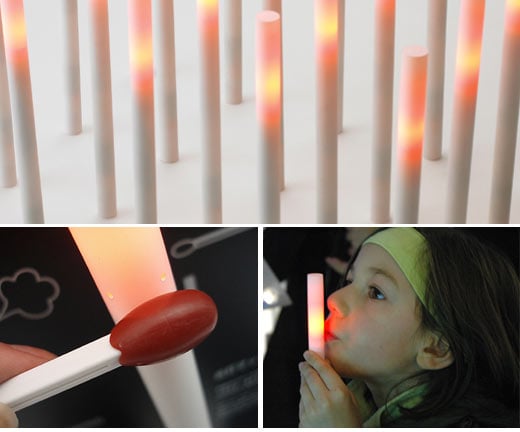 The clever design even includes a giant “matchstick” which turns the candle on when struck against the side of the tubular silicon fixture. Each candle comes with its own charging base which can provide up to 8 hours on a single charge. They also come with a wall mounting bracket if you’d like to use them as sconces.

METAPHYS Lighting’s Hono 24000 LED candles were designed by Chiaki Murata, who also has the distinction of being the lead designer for Microsoft’s Xbox 360 console.

All this nifty industrial design and technology does come at a price though, with each light costing ¥9,975, or about $85 USD each, you’ll be hard-pressed to cover your birthday cake with them.