Cool LED clocks keep popping up on the radar lately, and this week I came across these nifty round LED alarm clocks out of Japan. 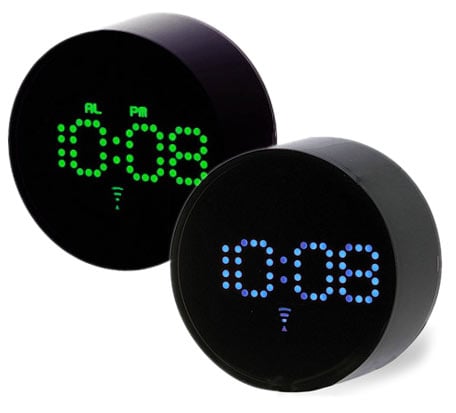 Designed for I.D.E.A., the clocks feature round LED pixel dots instead of traditional segments, and look great in either brilliant blue or green variants (they also come in traditional red if you prefer.)

For those of you who don’t feel like setting your own time, the clocks feature automatic time-setting via radio broadcast signal (although I’m not sure this feature will work in all countries.) They can be found at online retailer Rakuten for