Polk Audio today announced the start of their new Polk Audio Designs product line, which is focused on producing “mass-appeal” audio products including iPod accessories, radios and other sound systems. The first product to be released is the MiDock10, a portable iPod audio system set to compete in an already crowded market of “me too” devices. 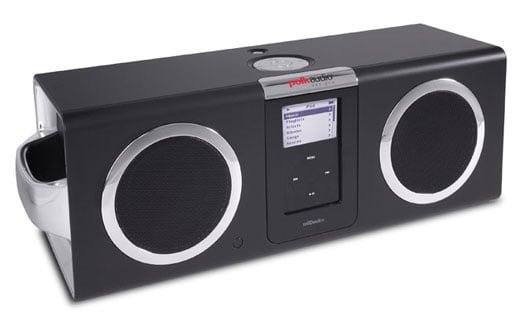 The MiDock10 does however, distinguish itself on a couple of fronts. First off, it has a clean industrial design, featuring a nice black case with silver accents, and