Console mod shop XCMLiVE is now offering a chrome case mod for the Nintendo Wii. The case is a complete replacement shell kit that covers all sides of the Wii and includes a chrome finish stand as well. 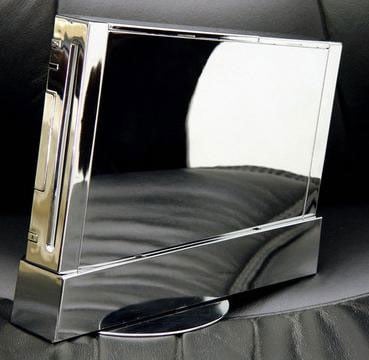 The Chrome I-Case for Wii costs $37.99 and should start shipping around the end of March (you can pre-order one here.) Installation is said to be easy, which is unusual for a full case replacement. The I-Case will also be available in crystal blue and black finishes if this one is too shiny for your taste.