Texas Instruments has announced that they’ll be showing off a prototype of a teensy DLP based “pico-projector” at the 2007 CTIA Wireless convention later this week. 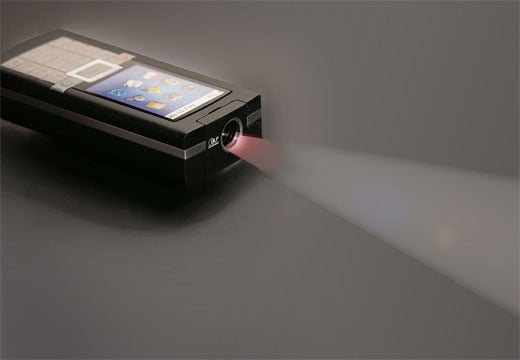 The wee projector modules use DLP’s “millions of tiny mirrors” technology, yet will be small enough to be integrated into cell phones and other mobile devices. New efficiencies in lighting technologies and miniaturization enable the creation of these tiny little projection devices. No release date has been announced for production of these devices, but I wouldn’t be surprised to see some tangible implementations as soon as late 2008 / early 2009.