File this one in the “real or fake?” bin… According to Xbox 360 Fanboy, a tipster managed to sneak some cell-phone snaps of the production line in China where Microsoft is cranking out their rumored Xbox 360 Elite. 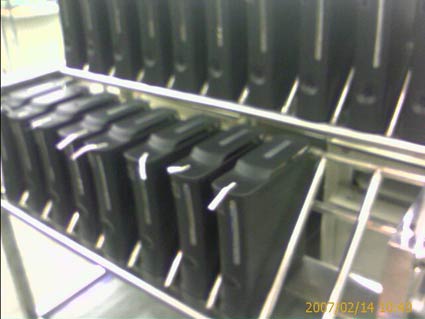 Most rumors point to the 360 Elite including a 120GB hard drive, HDMI digital output and IPTV capabilities out of the box. Recent rumors also point to the smaller 65nm chipset which should produce cooler operating temperatures and lower production costs for Microsoft. Most in the know have pegged the release date to “sometime in April” and a retail price between $450 and $499. Only time will tell.