For some time now, there’s been buzz about the Military working on a new “crowd control system” which works by blasting people with an invisible, yet highly uncomfortable electromagnetic blast. Well it turns out that they did a little demonstration of the weapon on some members of the press back in January, and here’s a clip of the reaction of one such test subject:

The device, known as the Active Denial System (which probably refers to the fact that the Military will actively deny using it if it ever comes to real world use) hits its victims with a non-lethal blast of EM radiation at a range of up to 500 yards away. 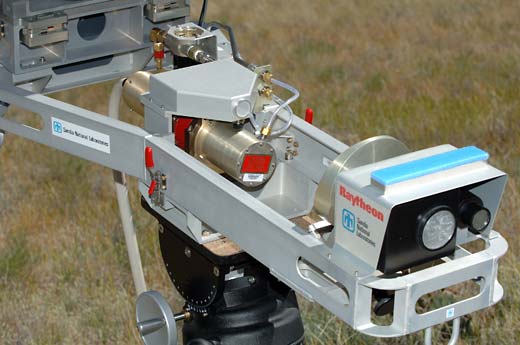