Sure, you could have one of those shiny new Apple TV set top boxes, but why be a lemming? Instead, why not pick up Apple’s original set top box, designed back in 1993, at the low point in Apple’s industrial design heritage. 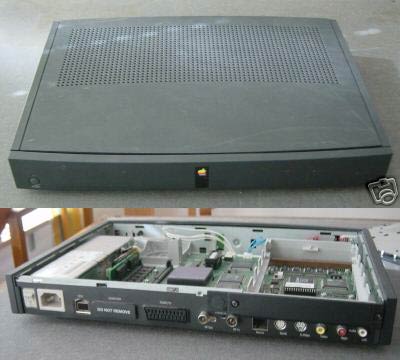 Yep, you too could be the proud owner of this original Apple set top box which I found over on eBay. It’s a prototype of Apple Interactive Television Box that Apple planned to release back in the early Nineties. The device was based on the old Macintosh Quadra 605/LC475 platform, and was intended to provide an interactive television experience, including some early DVR-like functionality that pre-dates TiVo. You can even check out this copy of the manual that was leaked onto the web before Apple decided to kill the project back in 1995.

Sure, you can’t stream music, movies or other media to it, nor will it really do anything since the box only worked with a now defunct subscription service. But if you’re feeling adventurous, maybe it would make an interesting case mod for your new Apple TV.