Projector Paints the Aurora Borealis on Your Walls

Now you can bring the famous Northern Lights inside your house with this nifty light projector from Japan. 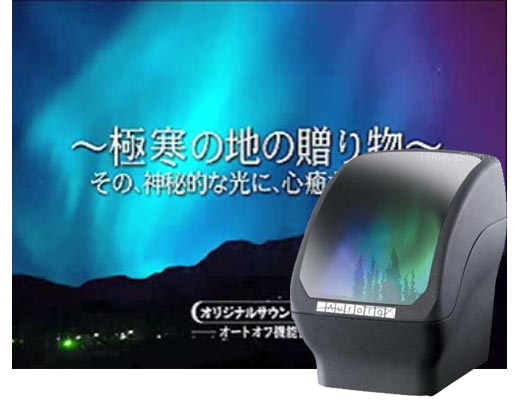 The Genso Kukan Aurora simulates the beautiful atmospheric phenomena known as the Aurora Borealis and projects the images on your wall or ceiling.

I’m pretty sure that its using LEDs and other optical trickery to generate its relaxing patterns of animated color. The machine measures about 6″ x 6″ x 4″ and should run for about twenty hours on three AA batteries. It even has a 30-minute sleep timer so you can set it to go right before you head off to slumberland. The projector even comes with a complimentary CD of new-age music to complete the chill-out effect.

The Aurora light can be found from Japanese importer HimeyaShop for $61 plus shipping. I have one of these on order for myself so I’ll let you know how it really looks in action once I receive mine.

[UPDATE 4/8/2007: I received my Aurora projector today, and it’s pretty underwhelming. You’ll need a pitch black room to really see the effect, and it really isn’t effective at projecting anything more than about a two foot area of color. In my opinion, you’d be better off with a Laserpod or some Morpheus fixtures if you’re looking for something more dramatic.]