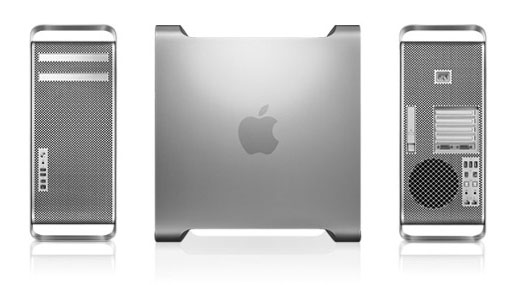 Fully maxed out, the systems can have two Quad-Core Intel Xeon 3.0GHz processors, up to 3TB of hard disk storage and up to 16 GB of RAM. Designed with graphics, video and multimedia professionals in mind, the new Mac is one serious machine. Some serious graphic card options are also available, supporting massive display configurations such as dual 30-inch monitors and more.