A group of scientists working with the National Human Genome Research Institute claim to have identified the specific gene that controls the size of dogs. 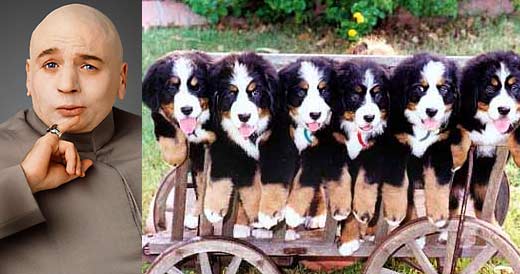 Without getting into all of the scientific details (I flunked biology,) the researchers screened a group of almost 500 Portuguese water dogs (a breed with lots of size variance,) and sequenced their DNA to identify the differences. They saw that differences in a specific gene had a strong correlation to the size of the dogs. Later, they studied additional breeds, and saw similar patterns. The gene, known as IGF1 (insulin-like growth factor 1,) has also been identified in humans and mice as being a determinant in body size.

Now that this gene has been identified, it’s only a matter of time before some evil genius figures out a way to develop permanently miniaturized versions of large breed dogs that we can carry around in our pocket.