Earlier today, Gamespot made mention of an upcoming QWERTY keyboard add-on for the Xbox 360 controller. Since that time, the post was yanked, but Engadget posted some rather slick looking images of what the controller could will look like. 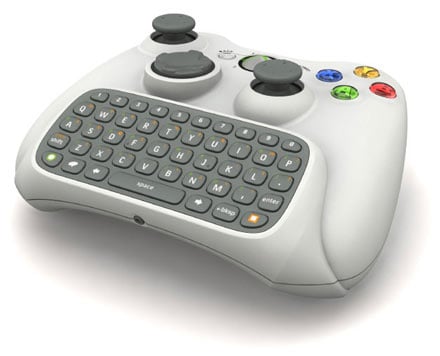 There were rumors as far back as 2005 that Microsoft would release such a device, but those never came to fruition. However, with the recent announcements about integration to Windows Live Messenger in the console’s upcoming Spring 07 Dashboard Update, now seems like the right time. If the keyboard really does integrate as nicely as it does in the image above, it may have been worth the wait.

[UPDATE: Microsoft has since posted the above image of the controller add-on with the caption “Look for this new accessory this summer,” so it is legit. I can also confirm that the keyboard will be backlit – sweet!]