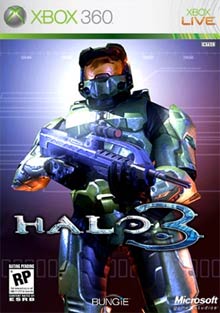 Bungie.net has revealed the dates for the official Halo 3 Beta test. The Beta will run for just under a month from May 16 through June 6, 2007. Since the Beta will be over in June and the game isn’t expected to be released until September, we’ll be going through at least two months of withdrawal symptoms during the late Summer.

The Beta will feature three maps, Valhalla, High Ground and Snowbound and all three maps will only be playable in Matchmaking mode for now. You’ll get a chance to check out new weapons, at least one new grenade type and some “hidden features” in the Beta as well.

Bungie has also posted some really nice new screen shots and a video clip of multi-player mode in action (and quite a bit of behind the scenes footage.) Although it owes quite a bit to the Unreal franchise, I love the new “Man Cannon” which replaces the transporters as a means of getting around the map quickly. You can now look forward to shooting players out of the air as they’re trying to transport.