This eBay listing is for serious fans of the old Nintendo Entertainment System only. It’s a special NES in-store kiosk that holds multiple game cartridges and lets you flip between them using pushbutton switch. 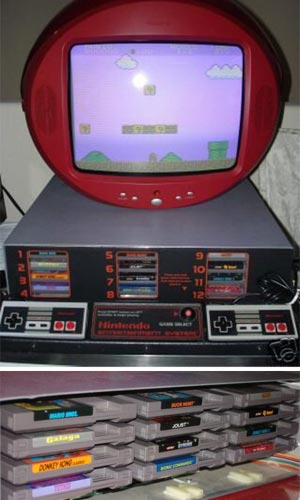 The box has a custom version of the NES with twelve cartridge slots, five controller ports, and even the ability to limit play times so kids wouldn’t hog the machine. It can hook up to any monitor using the included RCA A/V jacks, but unfortunately doesn’t come with the cool retro monitor that’s featured in the picture. The current bid on the auction is just over 500 bucks, but it’s likely to go up since it’s not going to end until Friday, 4/13.

If you don’t absolutely have to play on authentic hardware, you can play some online emulated NES games over at Nintendo8 right now (Java required.)