Japan’s JVC is showing off a monster of a television this week, with a whopping 110-inch diagonal screen size. 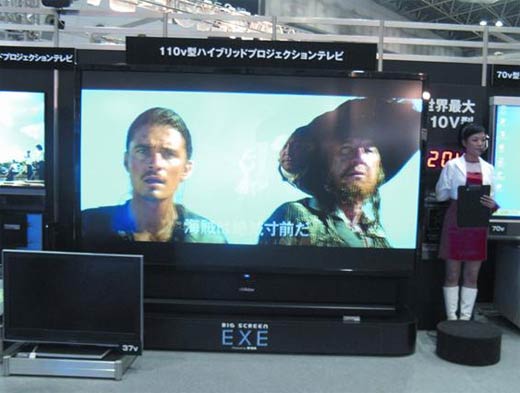 Just look at how much bigger this TV is than that “tiny” 37-incher on the left (and the life-sized woman to the right for that matter.)

Not much is known about the television, other than the fact that it’s a rear projection model with a 5,000:1 contrast ratio and that it’s gonna cost an arm and a leg when it hits the market in Japan this December. The retail price for this bad boy will be 6 million yen (appx. $50k USD) so start filling up that piggy bank now.