Nice Beaver… Thanks, I Just Had It Stuffed.

This is the most bizarre case mod I’ve seen in a long while. It’s a fully functional mini-ITX computer crammed into the carcass of a beaver. In addition to being a dead animal, the CompuBeaver is a complete PC loaded with a Core 2 duo processor, 160GB hard drive and 1GB of RAM. 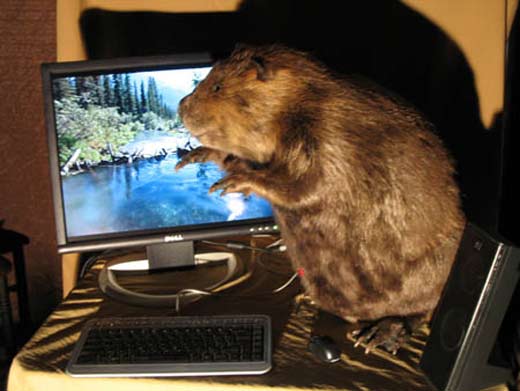 According to the system’s maker, Kasey McMahon, the CompuBeaver is where “nature, technology and science converge.” Personally, I just think it’s plain weird.