A while back, we featured the first ever MP4 video player watch. Now you can pick up a wrist-worn player with a full 16:9 ratio widescreen. 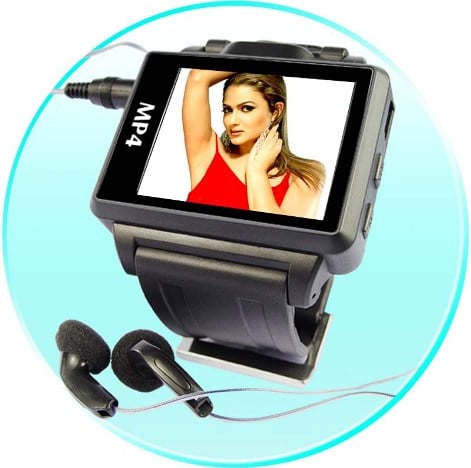 The wrist player features a 1.8-inch widescreen color display (isn’t that an oxymoron like “jumbo shrimp?”) It’s got 2GB of flash memory on board, and can play MP4, MP3, WAV and WMA formats. There’s even an FM radio along for the ride. Oddly enough, even though you wear it on your wrist, it doesn’t look like the device can tell time (or at least that’s not in the specifications.)

If you’re looking for a super geeky fashion accessory, you can pick up these players from importer Chinavasion for just $56.74.