From the looks of this post up on Digg, a certain bullseye-wearing big box retailer has accidentally let loose the new Xbox 360 Elite model a couple of weeks early. 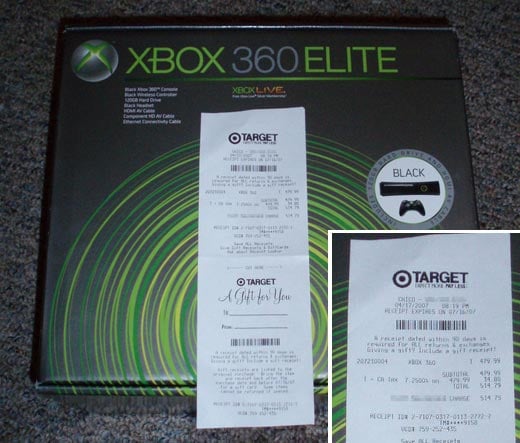 The new model is slated for release on April 29th, but at least one branch of Target (in Chico, California) has sold this one to a lucky buyer. The receipt shows a purchase price of 479.99, and it sure looks like the authentic box art.

That said, it could still be a quality Photoshop job, so you be the judge.

[UPDATE: Xbox 360 Fanboy has pointed out that this particular system is for sale over on eBay, starting at $600. Many more pics, including the serial number label are on display there.]