Now that the street date has been broken on the Xbox 360 Elite, consoles have begun to pop up all over the place. The guys over at The Llama’s Adventures managed to get their grubby hands on one, and the first thing they did was rip it open to see what was really under the hood. 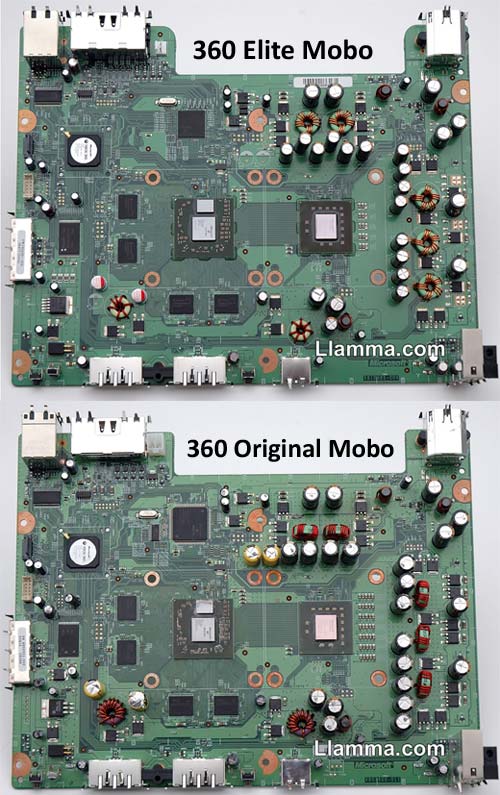 As expected, the new console sports a 120GB hard drive and an HDMI port, but it also has what appears to be an updated motherboard, with a new CPU and GPU chipset revision. What’s not yet clear is if the new CPU is on the fabled 65nm platform, which would consume less power and generate less heat than prior models. One sign that the system could have a new, lower power CPU is the fact that there are several fewer capacitors on the new circuit board.

Other than that, there a new video chip for outputting the HDMI signals, and a couple of additional accessories in the box. The 360 Elite includes an HDMI cable, and a special audio breakout connector if you want to funnel your audio signals to a different place than where your HDMI cable is connected.

All in all, it seems like the 360 Elite is the way to go if you’re thinking about buying a new console, but if you already have a 360 Premium, and it’s working for you, there’s no rush to run out and upgrade.