Have a hankerin’ for some old Super Nintendo games, but don’t want to spend all your cash on Virtual Console downloads? French game modder Kotomi has just the solution for you. 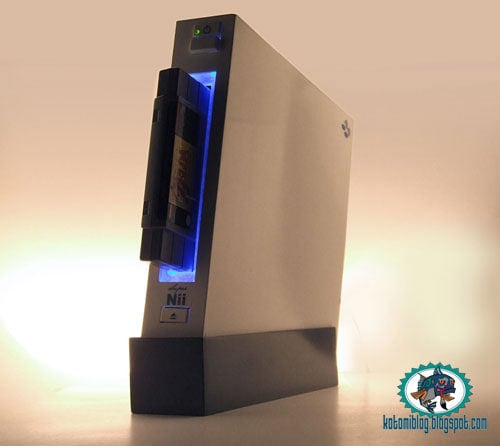 He’s taken a Super Nintendo console and smashed it down into the case of a Nintendo Wii . The appropriately named “Nii” console looks just like a Wii, but instead of Wii discs, you plug your classic Super Nintendo cartidges right into the front, and control them with a Wii Classic Controller. I especially like the blue LED ring around the SNES cartridge slot. Great job, Kotomi!