My Theory on the 80gb Playstation 3

There’s been a bit of buzz lately that Sony is working on new PS3’s with larger hard drives. Heck, a photo even surfaced on Kotaku today of a box from one of the supposed new 80GB models. 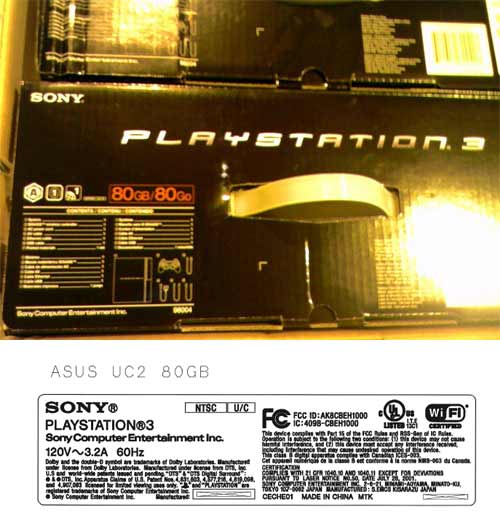 There is compelling evidence that Sony was testing a new 80GB model with the FCC a little while back, too. Well, don’t get your panties in a bunch, but here’s my (ugly) theory on why Sony is releasing an 80GB model…

Since Sony plans on removing the (costly) Emotion Engine chip set that currently provides full backwards compatibility with PS2 games, they feel the need to offset that a little with North American and Japanese consumers. We’ve already come to expect that feature, so I’m sure they realize that new buyers might be just a little grumpy when they strip it out.

The cost of an 80GB drive is negligibly more than a 60GB drive ($10 to $15 wholesale), and it would be a cheap “gimme” to include that in newer PS3 models. That said, I actually think that the 80GB model will replace the 60GB model and ultimately will not be an additional model at a different retail price. As an added bonus for Sony, if you give people larger hard drives, they’ll download more content, and they stand to make more money from their online store.

I could be wrong, but this seems like the most reasonable explanation for Sony rolling out a new version so soon after the original model launch.