PS3 Eye Toy on Its Way 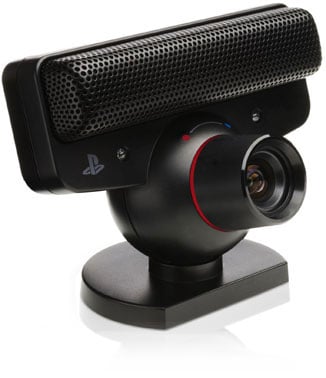 Soon, the PlayStation 3 will get its own version of the popular Eye Toy gadget. The new camera won’t win any beauty pageants, thanks to its odd oversized microphone and bulbous head.

The giant microphone apparently does have a purpose, however, with multiple elements to help filter out unwanted background noise. The camera features a rather ordinary 640×480 resolution (at 60 fps), but a crazy 120fps at 320×240 resolution. It’s also got a dual position lens for both long-distance and closeup shots, and is said to work well even in low light conditions.

Pricing hasn’t yet been announced, nor have any launch games, other than an odd card game called The Eye of Judgment, which is targeted to the Japanese market. The camera will also include Sony’s EyeCreate software which will let you record and embellish photos, videos and audio clips.

Look for the PlayStation Eye camera to hit stores this Summer.