Zoozen Ovo: Xbox 360 Gets a Makeover

The wizards on the R&D team for Zoozen have created this totally redesigned console body for the Xbox 360. 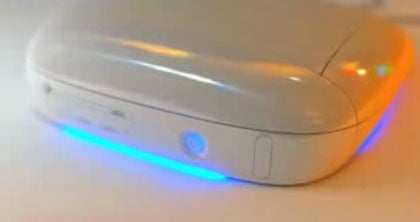 Rather than simply a replacement case, the Ovo 360 completely changes the Xbox 360 into a bubbly, blue lit console. While I can’t decide if I like the curved lid of the console, I do rather like the rounded edges on the sides.

Zoozen designed this as a prototype for a potential product, but hasn’t decided whether or not to produce them yet.