Pacemaker: is That a Dj in Your Pocket?

This upcoming gadget claims to put an entire professional DJ system in the palm of your hand. While early images of the Pacemaker look more like concept art than a final product, it does look like it will be a pretty cool device when it’s released this Fall. 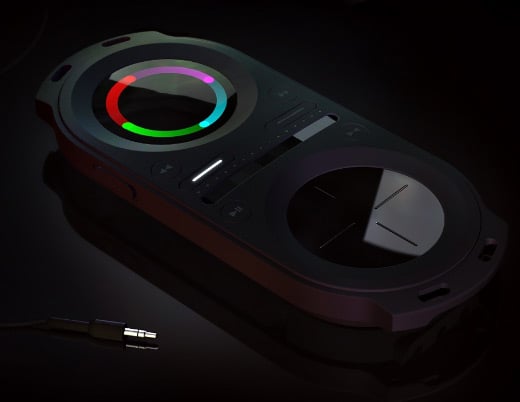 Tonium’s Pacemaker looks like an MP3 player on some serious ‘roids. For starters, it’s got a huge 120GB hard drive, and supports just about every music format known to mankind. DJs will be able to play back tracks in MP3, VBR, AAC, WMA, WMA Lossless, OGG, FLAC and WAV formats.

Unlike typical MP3 players, the Pacemaker will feature touch-sensitive controls for crossfading between tracks. You’ll also be able to bend pitch, cue tracks, add sound effects and more. You’ll even be able to save your mixes for others to share. Pricing hasn’t been announced yet, so check back for more details as we get closer to launch.