This weekend, a group of Cub Scouts and Boy Scouts in Austin, Texas set out to break the Guinness World Record for the number of simultaneously launched model rockets. 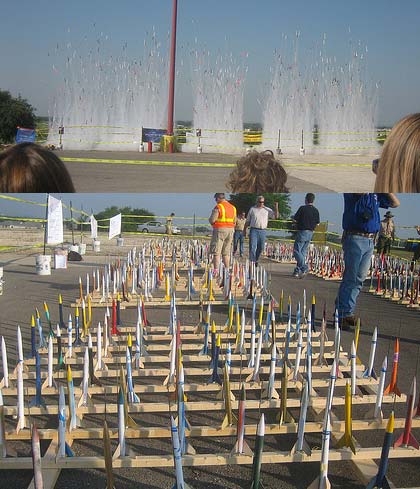 They successfully deployed 965 model rockets at the same instant, smashing the previous record of just under 400 rockets. Check out this video of the launch:

Congratulations to Cub Scout Pack 990 and Boy Scout Troop 990 for pulling off this amazing feat!

[via Engadget, photos via fauxtoe]