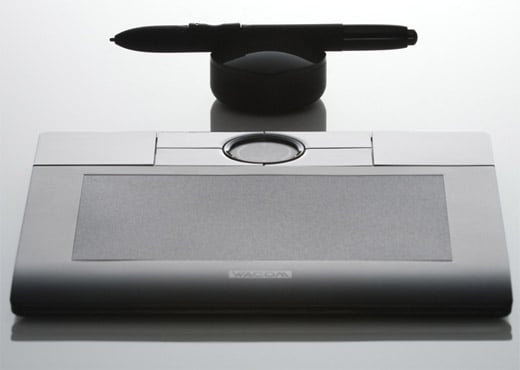 The Wacom Bamboo will retail for under $150 when it’s released later this Spring, and features a wide variety of features for both creative and functional uses. The small (appx. 4″ x 6″) drawing surface fits nicely on any desktop, and comes with a nicely designed stand for its wireless stylus.

The tablet is sensitive to 512 levels of pressure, making it ideal for illustration and painting applications. It also features four “express” hot keys and a nifty zoom/scroll ring, similar to an iPod’s scroll wheel which can all be used to improve navigation through your programs. It also provides handwriting recognition capabilities and gesture-based input for use in some applications. The tablet features USB connectivity and works with both PCs and Macs.