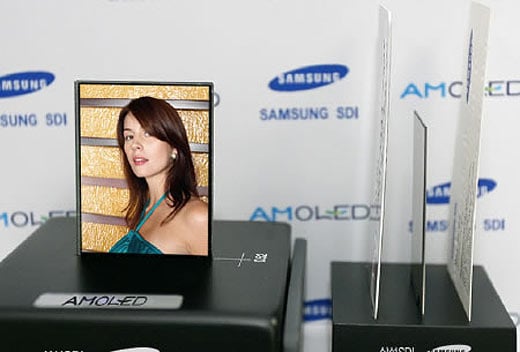 To put that in perspective, the displays are just about the thickness of heavy card stock paper. The initial panels are just 2.2-inches diagonal, and planned for use in mobile phones and other portable gadgets.

Samsung plans on ramping up production of the super-thin displays in the coming months, but initial yields are only around 40 percent, meaning about 60 percent of displays produced end up in the scrap pile. That will result in higher retail prices for now. However, as OLED production quality increases, screen size will increase and prices should fall.