Wii Light Gun Neither a Light Nor a Gun

One of my favorite importers of cool gadgets from the Far East, Brando, has started to sell this attachment for the Nintendo Wii controller which makes it work kind of like a light gun. 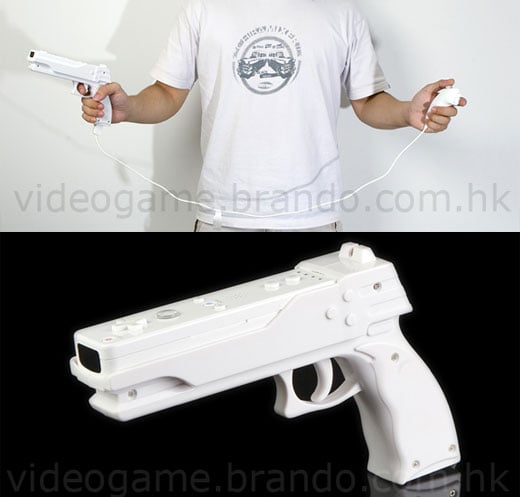 Perfect for games that involve shooting, the $19 Wii Light Gun attachment cradles your Wii controller to improve your targeting. The thoughtfully designed add-on has a pass-through to keep your Nunchuck attached.

You’ll definitely feel more bad-ass playing an FPS with one of these instead of the standard Wii-mote.