Wow, here’s a way to really crap up your PC… 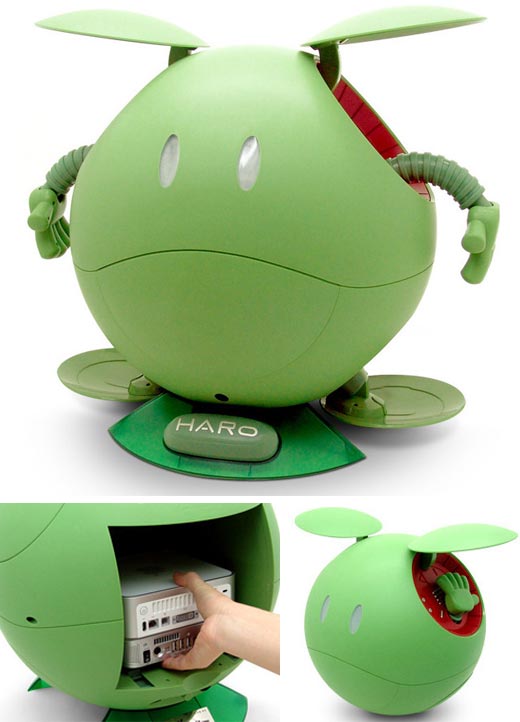 The Haro PC case is a big green blob that encases your computer and attempts to give it a personality. The weird looking creature holds small computers (like the Mac Mini) with ease. When connected, it the case provides animated expressions, which can be controlled by the provided remote. In addition to its electric ear flaps, gesticulating arms and light-up LED eyeballs, Haro also can speak (in Korean, I assume,) making it even more annoying.

Now before you Anime fans hang me out to dry, I know that Haro is a beloved character from the Gundam series. But even, but even the staunchest fanboys would have to agree this thing is just plain hideous.

[via Thought from the Sidelines]