Xbox 360 Racing Taken to the Next Level

Some serious racing fanatic has gone above and beyond by putting together this insane Xbox 360 racing rig. 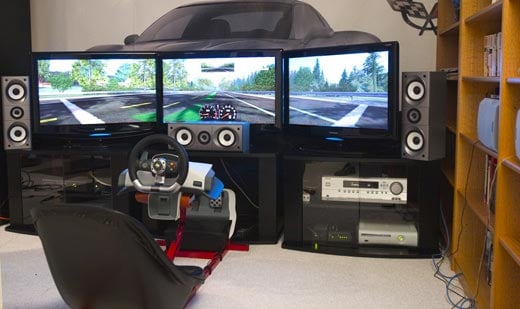 He’s got the living room all decked out with a real racing chair, a force feedback wheel, and an amazing 3-screen panoramic display. I can’t really figure out how he managed to get the image from the console across all three screens, but it almost looks like he has multiple consoles hooked together to make it all happen.

…and I thought hooking up my Xbox 360 to my big screen was overkill.