The world’s most prolific console modder, Ben Heck, has a new trick up his sleeve. This time, he’s partnered up with a company called Gameport to design a portable emulation console for mass-production. 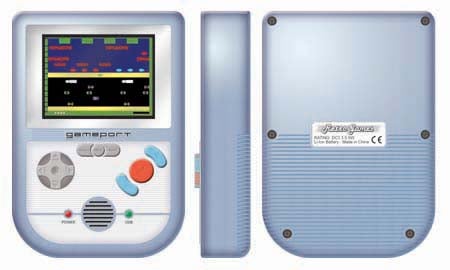 Currently in the prototype stages, the pocket-sized Gameport will be capable of emulating multiple classic 8-bit systems, currently the Atari 2600 and Colecovision, with additional systems to come in future. You’ll be able to connect the Gameport to your computer via a USB port, and transfer game ROMs to the device’s SD memory slot. The system will even be able to output to a television, thanks to built-in A/V outputs. The current build measures 3.5″ x 5″ x 1″, but Ben thinks the final version will be a little less chunky.

Gameport hasn’t yet announced any retail outlets, a launch date or price, but I’ll let you know if and when that changes.