While this robot might just be a kids toy, it actually looks pretty cool. The King Titan Robot walks, talks, and has a shiny electroplate chrome finish that makes it really stand out. 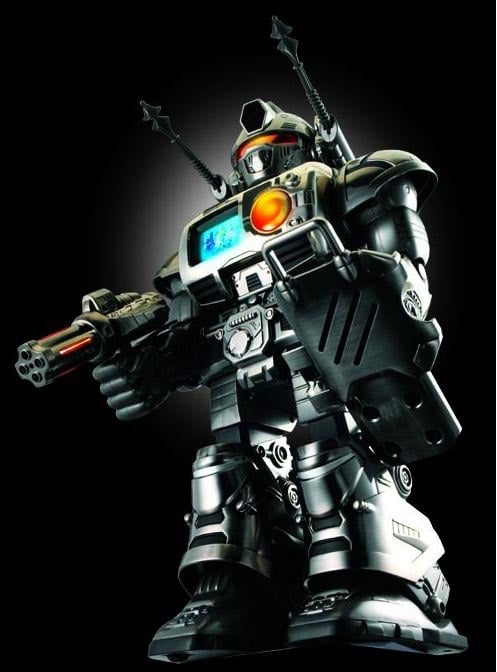 King Titan measures about 15-inches tall and features removable weapons and armor. Unfortunately, it’s not programmable, but it does have some preset light and sound effects and little animated data monitor.

Best of all, the $40 robot is made by a company called the Happy Kid Toy Group Limited. How can you go wrong?

(FYI… the rendering above is a little exaggerated from the real version, which is a bit more chrome-like, with red LEDs instead of orange ones.)