Microsoft today announced the launch of a new product line known as Surface. The tabletop system is designed to create interactive experiences using gestures, touch and objects placed on the surface of the tabletop. 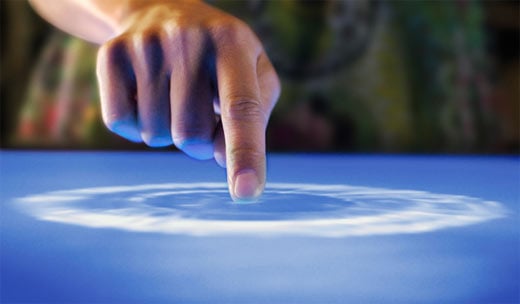 We’ve seen earlier research prototypes of this technology under the moniker PlayAnywhere, but now Microsoft is commercializing it. The initial Surface system looks like a table with 30-inch flat panel monitor embedded beneath the tabletop. 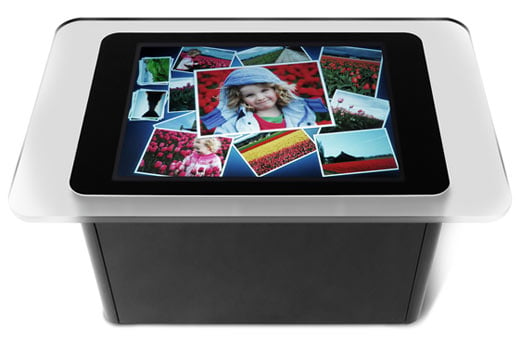 Like Apple’s iPhone, Surface supports multi-touch, meaning it can detect touch in multiple locations on the display, providing the ability to “grab” and manipulate objects on the screen. The system can also accept simultaneous input from multiple users, making it perfect for gaming and other entertainment uses. In addition, it can interact with objects placed on the surface for everything from augmented reality applications to detecting when a media player is placed on the surface so it can begin transferring digital content via a wireless connection.

Surface runs on the Windows Vista platform, but has specialized software which provides the touch and gesture interface. With the initial units costing around $10k each, Microsoft sees the initial applications for surface being in bars, restaurants, casinos, hotels and other locations where users might interact with menus, maps, games or other information without need for a mouse, keyboard or other control device. They expect to ship the first devices later this year.