While I question the utility of this flashlight, the idea of carrying around what looks like a traditional incandescent light bulb on your keychain is just wacky enough that I thought I’d give it a mention. 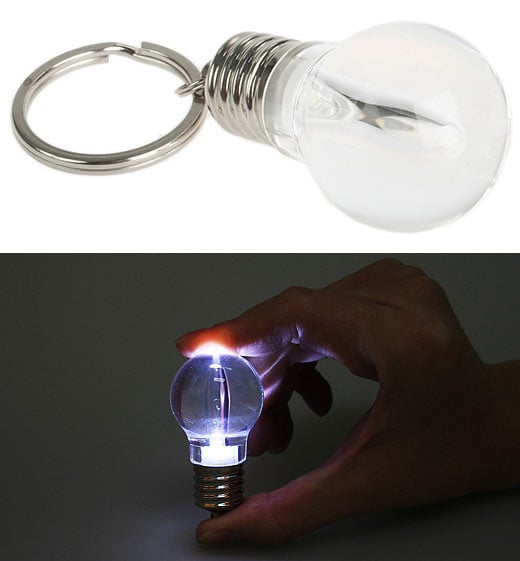 While this little light bulb doppelganger might look like a real bulb, you won’t be mistaking it once it’s lit. Powered by a little LED, it doesn’t crank out the kind of illumination that an incandescent bulb does, but then again, it won’t burn your hand. Also, it’s made out of acrylic, so you won’t have to worry about having a pocket full of broken glass.

The gadget mavens over at Brando are selling them for just 6 bucks each.