VIA Technologies has announced a new reference design for a extremely portable notebook PC, dubbed the NanoBook. The standard build of the system may weigh in at less than 2 pounds, but boasts a pretty solid feature set for its size. 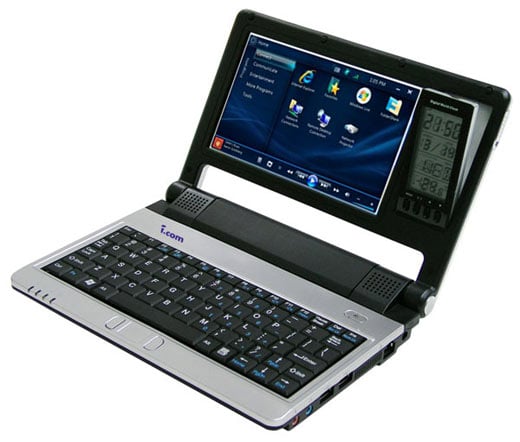 The platform is based on a low-power 1.2GHz VIA C7-M CPU and can handle up to 1GB of RAM. A typical configuration will sport a 7-inch high resolution LCD screen and a 30GB hard drive. The spec also includes 802.11g and Bluetooth wireless connectivity as well as a DVI video output for external devices. The NanoBook will be able to run under Windows XP or Vista, although you might have to turn off some of Vista’s visual bells and whistles for it to run smoothly.

The system is slated to hit shelves later this year and is targeted at a retail price point around $600.